Phrase of the day: חבל על הזמן - what a waste of time! 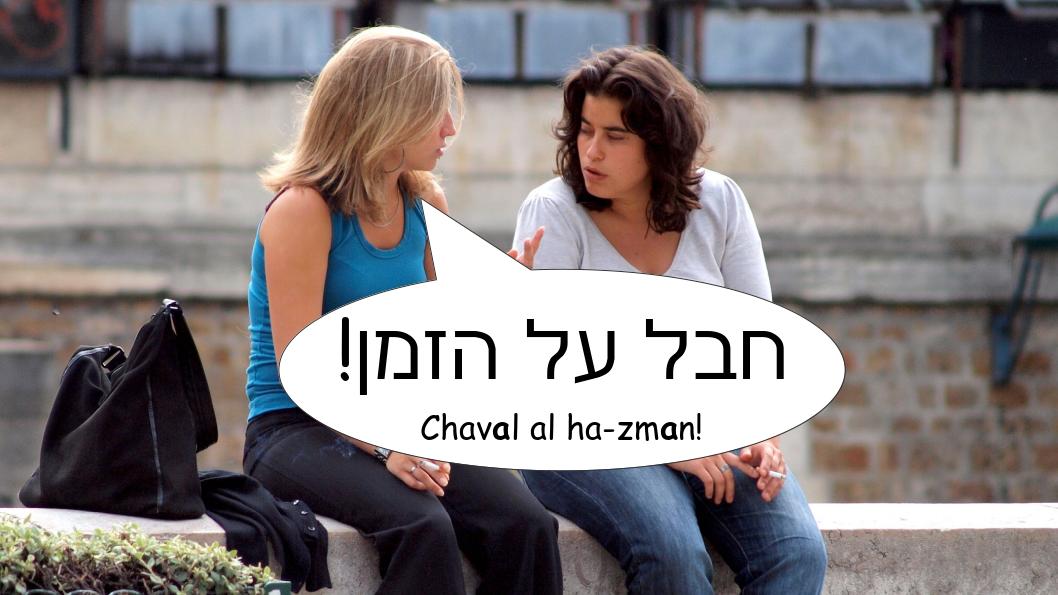 As every living language, Hebrew is polysemantic. One word or phrase may have several meanings, sometimes even directly opposite to one another. Let’s see it in detail using a simple phrase as an example: חֲבָל עַל הַזְּמַן chaval al ha-zman.  The literal meaning is “waste of (the) time”: חֲבָל chaval means "it's a pity", or "what a waste", and זְמַן zman is, obviously, "time".

Nevertheless, this phrase can be used in a positive context – especially in slang. The meaning is “very good, awesome”:

There is also the third meaning – “Forget about it”. It’s also used in spoken Hebrew:

Remember also that Hebrew “loves” abbreviations. This phrase is not an exception: in the streets of Tel Aviv, you can hear the abbreviation חַבְלָ״ז chavlaz which consists of the first letters (well, not exactly) of the words that make up this phrase: חבל על הזמן!

If you think that studying slang is חבל על הזמן you are not right! Only if you are competent with all facets of the language you can know it חבל על הזמן!

This post was written by Anastasia Golovina. The picture above was taken by [email protected].